Steps to Take After a Car Accident

by Admin
in Law
0

No one wants to be involved in a car accident, but unfortunately, accidents happen to even the most careful of drivers. It’s common for accident victims to feel shocked and angry even if no one has been killed or severely injured, but the most important thing drivers and passengers can do is to stay calm. Read on to find out what steps to take after a car accident to see how best to approach this unfortunate and potentially devastating situation.

Step One: Check for Injuries

The first priority should be to find out whether anyone involved in the accident has been injured. Even if the accident was a minor one, there’s a chance that one or more of the accident victims have sustained injuries that will require immediate medical care.

Each person involved should start by checking themselves for signs of injuries before moving on to evaluate other passengers or drivers both in their car and in other vehicles. Keep in mind that victims who may have sustained head, neck, or back injuries should never be moved following an accident until emergency responders arrive.

Whether anyone has been severely injured or not, it’s important to file a police report. According to lawboss.com, having an accurate police report that documents both injuries and property damage can make it much easier to file a claim. Don’t move any of the vehicles or the injured parties until the police arrive unless it’s absolutely necessary to ensure everyone’s safety.

If one or more of the accident victims are uninjured and can move around safely, now is the time to document the scene. Take pictures of vehicle or property damage, related injuries, and the insurance information of everyone involved. Don’t forget to take pictures of the accident scene, including the road conditions, current weather, and the exact location of the vehicles when they were hit.

There are specialty apps designed to make it easier to detect and document accidents, so downloading one to a smartphone may be a good idea. Otherwise, using a pen and paper to take notes will do just fine. Create diagrams, take notes, and do everything possible to document the scene clearly for later use.

Although state laws vary regarding what information drivers are expected to provide at the scene of a crash, most require involved parties to provide their names and insurance information. Talk to the other people at the scene, assuming they were not severely injured, and write down:

No matter how tempting it may be to try to hash out the details of the accident, avoid giving too much information to other drivers. Limiting interactions reduces the chances that an accident victim will either unintentionally admit guilt or say inappropriate things to the other drivers involved. 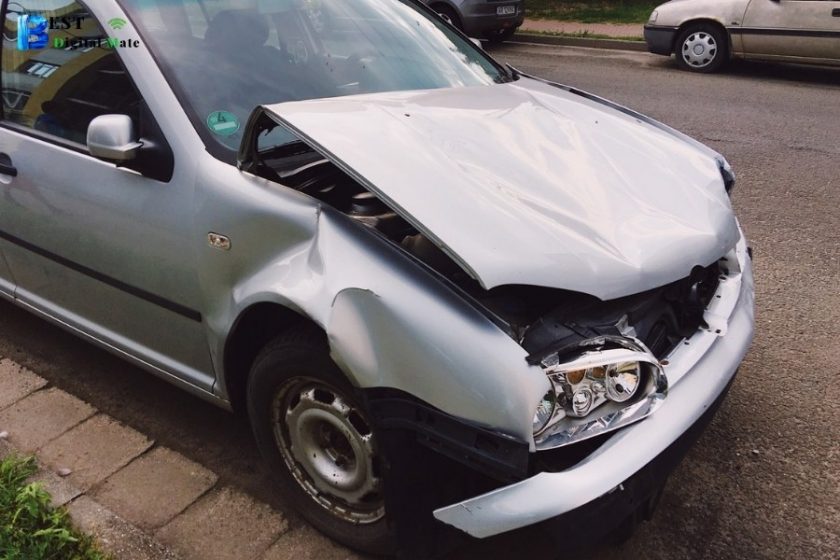 Step Five: Head to the Doctor

Even if no serious injuries occurred during the crash, it’s still best for accident victims to head to their primary care providers or visit a specialist for chiropractic treatment as soon as possible after they leave the scene. There are some types of car accident injuries that don’t become apparent right away, such as whiplash, but they still need immediate treatment.

Going to the doctor to get checked out will also allow accident victims to document all of their injuries. Medical documentation will be essential if the victim needs to file an insurance claim or lawsuit to get the compensation, they’ll need to pay hospital bills, replace lost wages, and move on with their lives.

Once a police report has been filed and the accident victims have received the medical care they need, it’s time to start thinking about calling a lawyer. A car accident lawyer will be able to evaluate all of the information collected at the scene and at subsequent medical appointments to determine the extent of the damages and who was at fault. He or she can then help the victim file a claim for fair compensation.

Keep in mind that it’s never wise to divulge information to the other driver’s insurance company without first consulting a lawyer. Although, theoretically, the purpose of liability insurance is to cover things like medical care required by other parties following an accident, most insurance agencies go out of their way to deny claims or offer unreasonably low settlements to victims. Having legal representation will increase the chances that the victim is compensated fairly.

Step Seven: Prepare for the Consultation

Once accident victims have found lawyers to represent them in settlement negotiations or in court, they should schedule initial consultations as soon as possible. Bring all of the documentation collected at the scene, including the witness’s contact information. The photographs, police reports, and personal notes collected at the scene may provide valuable evidence.

Accident victims should also bring documentation from the hospital, primary care provider, or another medical professional that shows the extent of their injuries. If they’ve missed time at work as a result of their injuries, they should be prepared to provide pay stubs or other proof of income that shows how much financial damage they have incurred due to missed work. Basically, bring any documentation or notes that pertain not just to the accident and its immediate consequences but also ongoing issues that could occur as a result of the crash.

Let the Lawyers Do the Rest

Once a car accident lawyer has all the information required to get in touch with witnesses, evaluate the accident scene, and determine who was at fault and how much damage was done, accident victims should be able to rest a little easier. They’ll have professionals on their side who can handle paperwork, investigations, and interviews so those victims can focus on what’s most important: healing from their injuries and finding a way to move on.

6 Key Reasons Why Your Mac Is Running Slow

The Key Elements of a Non-Disclosure Agreement

How Law Firms Should Take Advantage of Legal Transcription Solutions

6 Qualities to Look for When Hiring a Sexual Harassment Lawyer

The Vital Elements Of A Site Plan

What do you need to know about owning an HVAC?

5 Reasons Why You Should Use a Freight Company to Move

10 Fun Things To Do On Weekends